Winner of the 2008 Nobel Prize in Literature is Announced 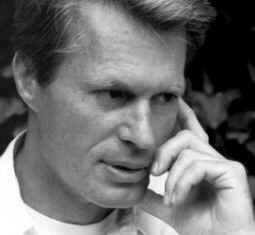 "Writing for me is like traveling," says Jean-Marie Gustave Le Clézio, winner of the 2008 Nobel Prize in Literature.

More from the Nobel site:

"Le Clézio's talent was recognized from the beginning; his first published novel (Le procès-verbal) written when he was 23, received the Renaudot prize. The early novels are highly experimental in style and intellectually challenging. They present a bleak picture of modern western urban existence, as one of alienation, aggression and enslavement to materiality (Les géants). Then, in the late 1970s, Le Clézio's style and thinking underwent a radical change, partly as a result of his experience of living with the Emberas Indians in the Panamanian forest between 1970 and 1974. Le Clézio is an expert on early Amerindian mythology and culture and produced the first ever translation of Indian mythology into a western language in Les prophéties du Chilam Balam. His experience in Panama developed his thinking about the limits of western rationalism and its dangerous devaluation of emotions and spirituality, and also of the natural world. His novels became more focused on story and character as the means to analyze the limits of western culture. More recently, as part of his exploration of the interaction between past, present and future, he has turned to his own family history and made it the subject of his novels."