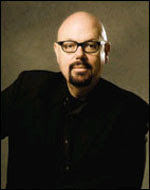 Red Room Library caught up with Robert Hicks, author of New York Times bestseller Widow of the South and recently released A Separate Country, to talk about historical fiction, Huck Finn, and why so many people are drawn to stories about the Civil War.


Why did you choose to write about General John Bell Hood and what attracted you the most about his life/character?
I was on, what turned out to be Warner Books longest, I think, book tour in history. I was on a 47-city hardback tour, and I ended up, through poor planning on someone’s part, in New Orleans a couple of months after Katrina, and Katrina was like Phnom Penh after the Khmer Rouge. It was just this amazing place, full of deserted automobiles and craziness and as I laid in my hotel room, I thought: I would really like to write about New Orleans, but I also knew that I really wanted to continue to write about Franklin [Tennessee] and about the implications of the Battle [of Franklin]. It dawned on me: I’ve got the perfect subject in John Bell Hood. And then, I actually thought it was going to be a book about John Bell Hood and Edward Degas. The reality – because they lived across the street from each other – is that as I researched them, and I learned a lot about Degas, I realized that Hood was really far more interesting. His transformation. I hope it’s a book about redemption, about how people deal with what they inherit. And that’s why it worked for me. And in the midst of it, I realized that everything I knew about John Bell Hood – really everything – was wrong. That everything I’d ever read about him was fairly inaccurate, and that highly intrigued me. How did it go so wrong? So all those things are part of what became A Separate Country.

This is your second book that deals with issues connected to the Battle of Franklin. I know that you live in Franklin, TN. Talk to me a little bit about why you keep coming back to this topic.
It’s where I live, so that’s the beginning of it all. Secondly, I believe that the Battle of Franklin, which anyone can rattle off as one of the five bloodiest battles of the Civil War, has been so misunderstood. I truly thought…I’m eaten up. I’m eaten up by the history of my town. I’m eaten up about how this battle that was thought to be so significant in the 19th century by Union historians has been reduced in the 20th century to be so insignificant. I’m trying to rediscover that.

Why do you think that some of the most popular American historical fiction novels of all time have been about issues related to the Civil War? Why do you think readers are so drawn to this topic?
I think in England, that the American Civil War is second only to Western religion in popularity in books. I was speaking at Trinity College in Dublin and I don’t know if this was his quote or lifted from somewhere else, but the person who introduced me – the head of the honors English Literature Department - said that if you want the full gamut of the human experience, you have three sources: you have holy scripture, you have Shakespeare, and you have the American Civil War. In so many ways, he’s absolutely right – I had never thought about it before – but in reality you see almost every personality from complete pettiness to sacrifice from holiness to evil hearts. You see stupidity to brilliance. Everything that is important in the human condition gets drawn out. People, who, as Lincoln reminded us, go to their higher angels, people who can be as petty and as mean-spirited. It’s all there, and I think that it’s the great…the oldest genre in literature is historic fiction, let’s be honest. It predates the written word. It’s the epic myth. And what would be a better prototype than the American Civil War?

How important is historical fact in your novels? How much license do you give yourself to deviate from the historical record for the sake of plot?
The fact that I say this is a novel. I try to be true to detail – that’s one of the things reviewers seem to be complimenting me is the strength of the detail – but the reality is that I don’t know these people’s motivations, I don’t understand it, and that’s where I feel comfortable moving away from history. That said, everything I ever knew about Hood has come in the form of “history” and the difference between what I write and what the historians have written about him is that I claim mine as fiction and they don’t. Again, I believe in the power of historic myth. When I was trying to decide what to write about Franklin, I had this wonderful alcoholic-infused evening with the late Shelby Foote, and he said “Don’t be an historian because historians count generals on the heads of pins. It’s storytellers that keep history alive." And that’s what I’ve tried to do. That said, there are fantastic historians out there like Eric Jacobson, whose book Cause and Country about the Battle of Franklin is probably one of the first I ever read that approaches Hood objectively. Russell Banks’ new books on Atlanta, again beautifully written, and it approaches Hood objectively, but I’m not going to mention anyone else because there are so few that do and most of those are pretty new books – one of them has been out a few weeks. I at least try to be honest and say mine is fiction.

If you could have a conversation with any literary character who would it be and what would you talk about?
Any literary character? Not any writer? If it was a writer, it would have to be Shakespeare. If it was any character, I mean the characters I’m drawn to so much are so sick and perverted that I don’t know if I’d really want to hang with them. Do you really want to be with Ishmael? I don’t know. Maybe Huck as an adult? Maybe after all his experiences? Maybe Mark Twain? Maybe one of the three could get together and that might be an interesting evening.